After a positive end to the whole30, which I carried on for several extra days, I had planned to implement a sort of 5 days on, 2 days off approach to clean eating. Eat well Sunday-Thursday, ‘treat’ myself on Friday and Saturday. This worked as planned at the beginning of the weekend, when I gorged on sweets and pizza on Friday (and quite a lot of alcohol) but the problem came on Sunday when I was supposed to get back on track. Not only did I fail to plan properly on the Sunday, but this carried on into Monday (when I had indian takeaway) and Tuesday (when I had a mood crash so severe I ended up off work and having a panic attack).

I’m not sure if it was a culmination of various different factors (including general exhaustion after spending all Friday night boogying) but it may be that I can’t handle a 5 on 2 off approach, and need to do all or nothing. My concern is that if that’s the case, I’m going to end up with “nothing” and I’ll be a lardy arse again in no time.

On the flip side, reintroducing carbs appears to have done wonders for my running / workouts. I managed a 10k run in 1:01:38 on Friday morning which is the sort of distance/time I was aiming for when I got injured the first time last year. I then beat that on Tuesday morning doing approx 12km in the same time (I thought it was 14km originally, which was a little surprising(!) but turns out the GPS trace was all over the place). I’m back to lifting at 11.5kg on the dumbbell after having to drop back mid-whole30, and have introduced an extra set into the mix.

I finally managed to justify purchasing weight plates for my barbell bar (Happy Mother’s Day to me!) & they arrived this week, so I’ll be trialling them later. Very exciting (I know, I’m a dork)! 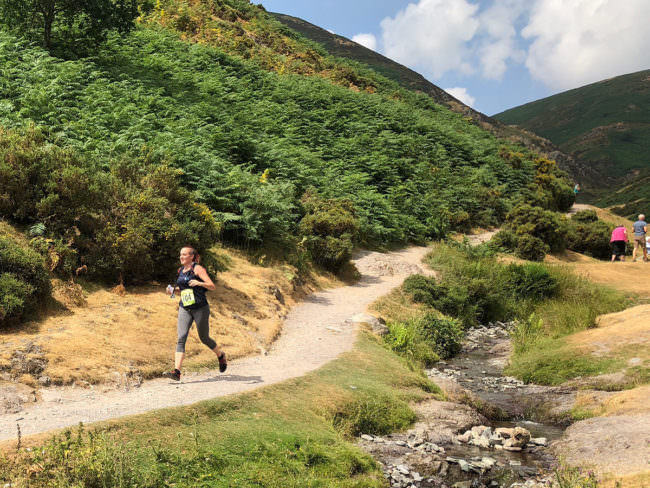 Half marathons, that is. This year has unintentionally turned into the “year of the half marathon”, with one done (or planned) for almost every month so far. I didn’t start the year intending to run so many races, but I did want to get my…

My attempts at maintaining my strength and fitness this year have been indisputably more consistent (and as a result, visible in my overall health and weight). I’ve been wanting to write more about what I get up to, but didn’t want to make this blog…

The only problem with running down into the valley

I've been living, lifting and running in Vivo Bare

Had company on today's #REDJanuary - not very ofte